Save The Assembly Rooms Edinburgh - One4Review

The following document is  a copy from an appeal from Assembly Theatre who have been successfully running this as a Fringe Venue for 30 years. It is an institution within this Festival and we at one4review feel we should lend our support to the campaign. Please read it and if you agree please sign the petition

On the 13th December this year the Assembly Rooms will close its doors. This is to allow the Edinburgh Council to start a programme of work that will see the downstairs of the Assembly Rooms turned into three shop spaces at the front of the building on George Street; and a “fine dining” restaurant at the back with an entrance on Rose Street. We believe this is a terrible way to address the issue of upgrading the building and will severely damage one of the city’s most wonderful, iconic buildings.

We don’t believe the public have been properly informed about this development or the impact it will have both architecturally and on the current users. Assembly Theatre has operated the building during the Edinburgh Festival Fringe for the last 30 years will lose five of the temporary theatres that it creates – the Edinburgh Suite, Supper Room, Wildman Room, West Drawing Room and Scott Room; as well as the famous Club Bar. These spaces played to 68,000 people during the 2010 festival, equivalent to more than half the audience of the Edinburgh International Festival. There is a unique quality about the building which makes it an extraordinary festival hub. What Assembly does during the festival has been described as magical. This will be lost.

If you have a view on this we would appreciate both your comments and support for a petition to try and persuade the Edinburgh Council to re-think their plan. Assembly have proposed a simpler plan to improve the building, which would involve a reduced capital expenditure from £9.6m to £4.6m. We have also offered to run the building on a year round basis without any public subsidy – where the current Council plan will require this.

You will find on this site some further information so you can understand the issues around this subject including, The Edinburgh Council Business Plan; comments that were made two years ago by other venues in Edinburgh which have never been properly responded to; a video presentation of comments from the festival industry; some comments from local shops; and the Powerpoint plan that Assembly Theatre presented to the Council, which has been rejected. You can also find all the Architectural Information that makes up the Council planning application for the building.

We want your comments about Edinburgh Council’s plans for The Assembly Rooms. You can Sign The Petition if you disagree with their plans, watch our Video Briefing or leave us your views about this proposal to close one of the country’s most famous venues. Have Your Say about The Assembly Rooms here.

If you would like to find out more or help
Save The Assembly Rooms
please get in touch:
Phone: 0131 623 3000
E-mail: contact@savetheassemblyrooms.com

Back for Good – Recreating the magic of ‘Take That’

Comedy at The Clubhouse – 4th December 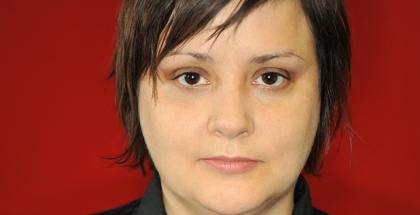