A Review of Theatre Reviews (2) - One4Review

On 15th August I posted an article extolling the virtues of good storytelling theatre and gave some examples of the best that I had personally seen. We are now well into the final week and here are few more examples, given in order when I saw the production.

In addition, here are a few solo performances worthy of mention

What I have noticed in the past few weeks in terms of audience numbers is that plays which can be classed as avant-garde or experimental are not attracting audiences in big numbers. Perhaps in times of economic uncertainty people want to be entertained and uplifted rather than be taken on journeys of self- indulgent angst. After all, the Fringe is part of a Festival! A family taking in a few shows will not see much change from £100.or so. No wonder they are primarily seeking out enjoyment.

Posted by Ben on 23rd August 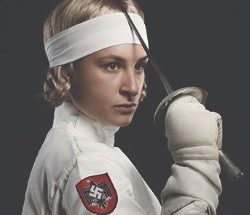