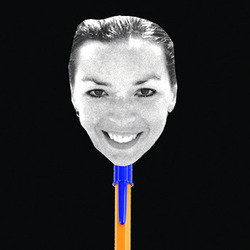 At some point in the not-too-distant past, the pen manufacturer Bic decided that the best thing they could do for the advancement of women was to provide them with a far more suitable biro for their everyday jotting down needs.  Manufactured with a ‘slimmer barrel designed to fit more comfortably in women’s hands’ and available in a range of pretty pastel colours they must have felt assured that their stroke of genius was destined to break down the final wall that stood in the way of genuine female equality.

Except, of course, that it was a ridiculous idea and many commentators on Amazon have already said so. Indeed, I wrote the notes for this very review using a standard ‘man’s’ biro and managed to cope quite well.  At no point did my hand crumble away from my body through the sheer exhaustion of holding such a masculine tool.

This ill-conceived marketing ploy is just one of the many topics under the microscope in Bridget Christie’s fabulously funny feminist show.  I include the word feminist in there because, as Christie ably points out, there is nothing wrong with feminism.  It’s not wrong to want social and economic equality for 50% of the population (just in case you were in any doubt).  If feminism has become stygmatised as overly-militant and po-faced then Christie’s show goes a long way to redressing the balance.  She brilliantly and absurdly pokes fun at the overt masculinity in F1, the proliferation of porn as a backdrop to our everyday lives and the whining ‘but what abouts…’ that come from those who think that focusing on the flippant does a disservice to the other, in their view, more serious struggles that many women of the world face.

Christie is an immensely likable and warm performer, with a good line in physical absurdity.  She manages to strike an exact balance between making her audience laugh as well as making them think.  Her jokes work because they highlight the ridiculousness in many of the situations we take for granted.  And if you think there’s nothing you can do to change the way things are, then Christie has a tactic that may be worth trying out.

As Christie says, human rights struggles don’t have to be funny, yet her show is probably the funniest, most enjoyable and most relevant I have seen this year.  Don’t be put off by the 11.10am (11.10! AM!!) timeslot, hers is a show that needs to be seen.

The Stand – Stand One 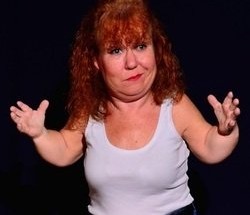 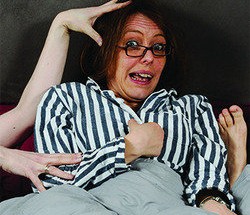 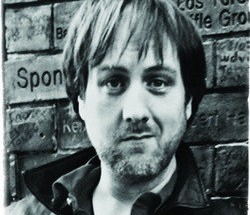 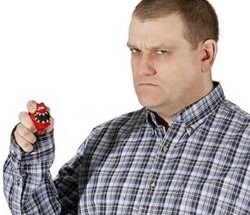