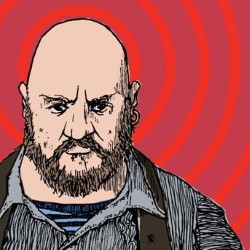 George Egg is a stand-up he informs us, and as such spends a lot of time in hotel rooms and has obviously a lot of time on his hands. And thought things through and has discovered that there is mileage using stuff generally found in a hotel room, minibar, trouser press, iron and even a tray to double as means for him to actually cook a three course meal with a few ingredients he had brought earlier.

The stage is set out as a rough representation of hotel room, Egg resembling a pirate, or mine host at a country pub sets about explaining the premise of the show and then demonstrates the culinary skill whilst the adapted appliances are brought into play. Over the hour he does create a meal, which some of the audience actually get to taste.

This is a novel idea and one cannot discount his culinary skills, but for me it was a demonstration of these rather than a comedy, there was not a lot of laugh out loud moments along the way. There was one exception for me however and I’d never trust him with Soreen. 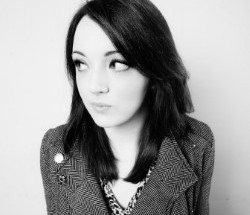 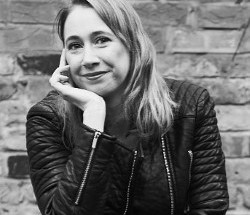