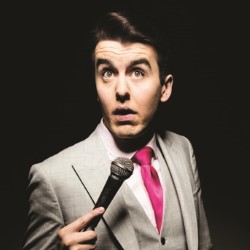 Al Porter may only be 23 years old and doing his second Edinburgh hour but this ‘old school’ style comedian has the feel and presence of a guy with many more shows under his belt.
Bounding onto his stage dressed in a three piece suit Porter delights one and all with an insight of the world as seen through his eyes.
Outrageously camp at times Porter leads us through about 2 hours material packed into his allotted 60 minutes. He finds the funny in most things, his crowd work is bitchy and funny, his style is self-deprecating, he has an abundance of personality and charisma. Al offends no one and the belly laughs are wall to wall.
The stories range from his modest council estate upbringing, his drinking, family parties, waking up in Fuerteventura after a night of excess, the Irish tendency to euphonise and partners trapped in his porch, Porter is happy to dish the dirt on everything.
That said, his story about being tired at London City Airport and the closer were my particular favourites which is no reflexion of the rest of his outstanding set.
The energy he injected into the room was phenomenal. On a late night Monday in week three it was a pleasure to see a show like this. Everybody leaving the venue had a genuine smile on their faces.
*****
Reviewed by Geoff
22.40 to 23.40
Pleasance Cabaret Bar
Until 28th 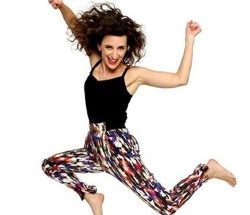 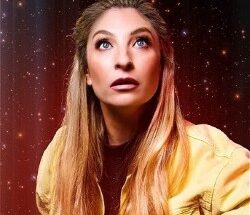