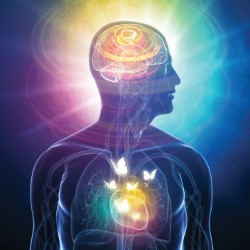 Rob Drummond has a passion for life and he makes theatre that reflects his latest interest. Having made shows previously where he learned to be a wrestler, a cage rider and a magician Rob’s latest show is more internally focused. It is his10th wedding anniversary and now he’s looking at love, fidelity and all that surrounds it.

The show takes the loose form of a date between two audience members. With such a random factor involved I would assume that the show varies greatly, and on the day when I saw it the audience was clearly rather different from the usual. More than a dozen people had been together for more than 40 years and two couples had been married for over 50 – this made the section about the inevitable death of one partner a little more uncomfortable than it would perhaps have been normally. More problematically for Rob however was that the audience contained not one single man so the show had to be reformulated into a discussion about dating between two female volunteers.

Rob investigations into the science of attraction and the biological imperative to reproduce are not ground- breaking but interesting and sometimes thought provoking, as were some of the points raised by the volunteer ‘couple’. The justifications used by members of a cheating website were hilarious. Less successful was his online conversation with Zara, someone he met on match.com while investigating his subject. This strand of the show lacked credibility and narratively became a dead end. It is however well paced and Rob’s geeky charm keeps the audience on-side.

Overall this the show is sweet, engaging and worth seeing.