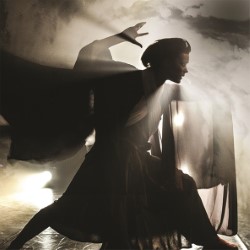 Climate change is a serious issue. Terra Incognita is a serious piece of dance theatre about climate change. In one of the most powerful dance performances I have seen at the Fringe, Temper Theatre explore the relationship between humankind and the Earth, and the destruction of our planet despite repeated warning signs.

The Earth is represented by a mysterious woman, who appears to a young politician and shows him a future where climate change has changed the planet into a barren wasteland. The scenes are visually stunning, and given that these are not achieved through some CGI trickery, but by movement and basic props alone, they are all the more impressive. At one point, the pair encounter a fabulous beast, using puppetry fashioned from wire and waste plastic. The movement of this ‘creature’, and the eerie lighting, combine to give a magical effect. A snow machine and sheet plastic are used, again with clever lighting, to convey an Arctic landscape.

There was so much going on in this story, that sometimes it was a little overwhelming. The scenes where the young man, Tom, is amongst other politicians, shouting and arguing, were a little overwrought. Overall, however, the cast do a remarkable job – the movement is precise and fluid and the story is conveyed beautifully. The end scene, where the Earth lies dying, is one that will remain in the memory for a long time. 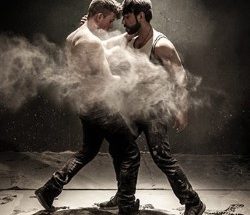 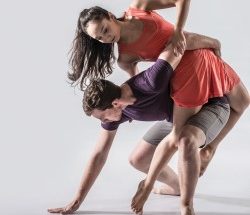