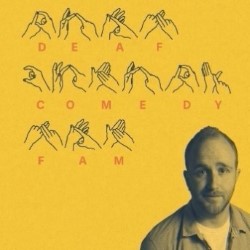 Ray Bradshaw is yet another top Scottish comic doing his bit on Fringe 2017. Another comic talking about this family and upbringing. But Ray’s first language isn’t English as being born to two profoundly deaf parents both he and his siblings learned British Sign Language before English.
Bradshaw is doing his complete hour signing as he goes, the first segment is him signing to a voice over, the second him speaking with the signing on a TV on stage and the third segment him doing both live.
Bradshaw bemoans the lack of other Fringe shows doing signing making it impossible for the deaf community to enjoy the vast majority of performances.
However although this is an educational experience it is a very funny show as well. Bradshaw talks of having responsibilities at an early age, the wicked sense of humour he and his siblings had together with their parents, misleading his father on parents day at school, his degree ceremony and the perils of Late Night Channel 5movies as a teenager when your auntie is doing the signing in in corner of the screen.
This was a well put together and thought out show and deserves the plaudits it gets. But knowing how good a compere Ray is the structure did clip his improvising skill a little however.
****
Reviewed by Geoff
Gilded Balloon Balcony
16.00 to 17.00
Until 28th 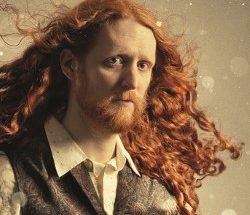 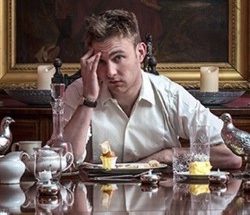