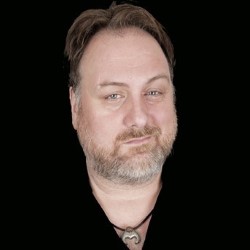 For more than two decades now Mitch Benn has been gracing the Fringe, offering his perspective on events using his undoubted skill as a musician and delightfully cutting wit, both in his songs and in the monologues that are in between.
For years also Benn was a regular contributor to the BBC’s ‘Now Show , using his trademark witty lyrics and catchy, accessible tunes to address real issues that are in the world today. This skill has been honed over the years and the 2018 offering has all the expected class one has grown to expect from him.
Benn crams into his hour ten of these songs and a whole multitude of his thoughts and possible solutions to world issues in his normal machinegun style of delivery. One really has to listen closey to catch all he says, but the effort is really worth doing, one wouldn’t want to miss anything.
Subjects on his radar include Brexit, Flat-earthers, Trump, Corbyn, Fascists, arguments and debates, Incels and transgender issues are topics he opines on throughout his always funny set and offering his opinions of possible solutions.
Benn has a huge following but there is room for more. If you have seen him before you’ll know, if not why not give him a try. You won’t be disappointed.
****
Reviewed by Geoff
The Stand’s New Town Theatre Lower Hall
15.25 to 16.25
Until 26th (Not 14th)