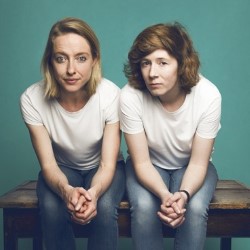 Anna and Helen get everywhere in this show, burbling about on stage as we file in, handing hapless and terrified reviewers party poppers and key roles in their introductory sequence, doubling up with exquisite timing via a video link, and hovering on the stairway after the show. It’s delightful.

Anna and Helen are on a mission to ascertain the best ways of escaping ones’ rut/rat, and the show is broadly a recounting of their forays into various avenues suggested by their research – money, fitness, love, etc. Mss. O’Grady and Cripps are a seamless double act – everything that happens is deliberate, though nothing feels tired or like they’ve done it several hundred times before. There’s slapstick and word play, arguments that feel spontaneous, and they talk to themselves on screen with such impressive precision that it the faces weren’t the same, you might believe they were live-linked form elsewhere. Every bit of the show – from their exaggerated delivery and facial expressions to their catchy songs – is exploited for comedy, and the result is a madcap romp of gentle silliness.

Any Suggestions Doctor? The Improvised Doctor Who Parody– 5***** 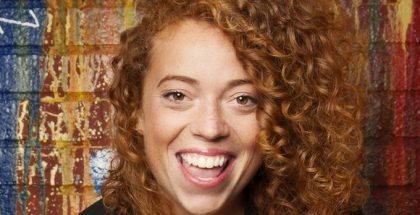 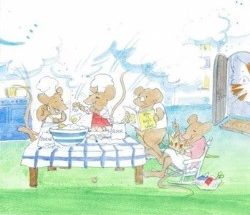