According to the blurb in the Fringe brochure bills this as a play about apples, not the most expected of topics I must admit. What this doesn’t say is that it is a fine comedy play, cleverly created by the cast of Sara Lewerth, Johan, Westergren, Troels Findsen and Jon Hinton, together with the shows director Daniel Goldman. Starting in Eden, with Adam and Eve in the fruit naming department and following Eve’s fall from grace they are kicked out of Eden Inc. to try and find a replacement apple. Their journey leads to New York, The Big Apple, Isaac Newton, William Tell, Johnny Appleseed, Snow White and Ancient Greece, all the comic action delivered with style, and the occasional song until they reach the conclusion. This is a perfect way to start your Fringe viewing, to start the chuckle muscles and set one on one’s way feeling energised. **** 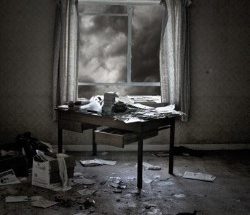