It was a cold Monday evening, mid October, snow forecast overnight for the area and yet in excess of 100 hardy souls packed into the Stand Comedy Club Edinburgh for their seemingly very popular Red Raw night.

What made them do it? Well there were eleven, yes 11, acts scheduled to appear and of course a compere. Some acts were brand new, some slightly experienced plus one or two established names who were trying out brand new material, including emerging superstar in the making Daniel Sloss who himself was trying new stuff.

Another contributing factor could have been that all this was on offer for a paltry £2-00 and even more so if you were a student or a club member where admission was £1-00.

Compere for the night was Stand favourite Sian Bevan who had he job of warming up the crowd, setting the scene and describing the format to a bunch of first timers who had joined us more seasoned regulars, and identifying potential sources for those following to react with. Sian is always a smiley, bubbly fun act and this was evident again tonight in a role that really suited her personality.

The slightly dead-pan James Kirk had the task of being the opening act. He had stage presence and a well put together set . Okay he didn’t have long but I got the feeling he could easily cope with a longer set based on what we saw.

Fifer Derek Baillie followed Kirk. Now I have a feeling i have seen this guy on YouTube when part of his act was filmed during the Kirkcaldy Comedy Festival, as some of the set rang a bell. His material was not ground breaking, but he told jokes, funny jokes and plenty of them. Assuming he has more in his locker, and I’ve no reason to doubt that he has, I really look forward to seeing him perform a longer set next time.

Former RSAMD student Ronnie Gordon was act three. Utilising the performing skills honed at that institution, Gordon played the crowd well . topics such a sex, football and one-upmanship , all delivered in a slightly self-deprecating style meant that he had made full use of his time.

Stand regular Joe Heenan was the next in line and he was there to try out a selection of his new material. Joe is always good value for money. It was a pleasant change to see him as an ‘act’ as it seems he is nearly always the compere when I’ve previously seen him. Although he was working with new stories his stage presence was as assured as always, and he seemed to be genuinely enjoying himself. As were the crowd and his set all too short for everyone.

The closing act of part one was Wolverhampton’s Paul Savage. He initially started by talking down his hometown but ventured into a variety of other stuff. I particularly liked take on sign language and Irish karaoke and could have heard more.

Act two opened with Ms Bevan again bringing the temperature of the gig up a notch or two. Her play with the crowd was impressive again and then she unleashed David Reilly. This Southern Ireland lad spent a good deal of his set on the unlikely topic of ‘Power Rangers.’ Who knew there was so much material to be had with them? Reilly obviously, and now we all do as well. It was a different but entertaining few minutes.

Des O’Gorman was next and another Irishman but this time from the north. O’Gorman is a trainee actor with a somewhat Harry Potter look. He is a major Dr Who fan and expounded on it to great effect. I was impressed with his ‘voice over man’ section the most.

Hard on his heels was James Stewart. This physicist turned actor expounded about his beard, beards in general and going to the cinema solo in a self-deprecating, yet occasionally boastful way. He was full of confidence and reasonably funny, although I feel stronger material would help. One to check out again though.

Number nine on the list didn’t appear, so it was onto the penultimate act Richard Massara. This tall Englishman, another  actor started a little slowly, but when he got going boy did he fly. He had presence to spare and some wicked material. He really picked the gig up by the scruff of it’s neck, gave it a good shaking and I certainly was not alone in wanting to hear more. I’ll definitely look out for him again. I believe he has ‘it’ and could well go right to the top.

The final interval and prize draw by Sian led to the arrival of headliner Daniel Sloss. Fresh from a sell-out Fringe show, a sit-com pilot and an appearance on Michael McIntyre’s Comedy Roadshow, young Mr Sloss, he’s only just 20, proceeded to entertain for his 20 minutes plus with some new to us all material that he was trying out. There is certainly some quality ideas in there, okay a couple that may need some work, but it is obvious that the well of his creativity is still working… and how!! It has been interesting to see the growth of the lad over the couple of years or so since I first saw him. He is now a confident, well prepared and commanding figure on stage, and his material gets better and better. Surely superstardom is just round the corner and judging by his growing fanbase for most it can’t come soon enough.

But all good things come to an end and it did. If there is a better value show around then I’m struggling to know where to find it, but I will certainly find my way back to the Stand very soon for some more. Check out all their gigs, both in Edinburgh or in Glasgow at their website www.thestand.co.uk  for details. 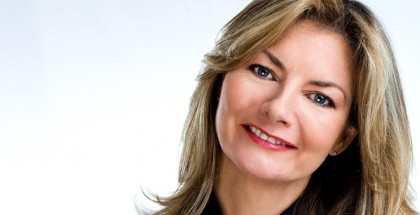