I had occasionally wondered if it was worth watching ‘the same show again’, especially as I had only seen it as late as August, barely three months ago. But I knew on this occasion at least it would be worthwhile when the comedian in question was gregarious Geordie Jason Cook. Why? Well he has an innate ability to riff with the audience so that each show is different, and during the Fringe his show was restricted to an hour, and the offering at The Stand was going to be at least twice as long.

So along with eighty plus others I eagerly took my place long before the start on a cold Sunday night in November. Cold it may have been outside but the temperature was red hot once Mr Cook hit the stage.

The essence of the two hours was that he would warm up the audience briefly, do the first half of his Edinburgh show, an interval and then the concluding portion, but Cook being Cook, and the enjoyment he seemed to be getting from the crowds reaction, the ad-libs, banter and riffing took him to a whole load of places he didn’t expect to go.

He does talk quickly, well he has to, to pack in all his material, and it is all top notch stuff as well. He can always find an anecdote or ad-lib from whatever treasure he uncovers and often he is the butt of his own stories.

The story behind the title of his show is that before Christmas 2009 he thought he had breathed his last, and when he fortunately found he hadn’t then he resolved to change his life somewhat for the better. It is the lead-up to and the immediate aftermath of the event that is his mainstay.

I was fairly late in catching on to this exceptionally funny chap, others within my team were far more astute than I in recognising his comedy genius. I hate the term as it is so often over used, but in his case it is truly appropriate, in fact I don’t think another word could describe his performances. I am not alone; I spoke to a number of people at the interval and after the show concurred 100% with my opinion which was gratifying.

As his name could imply, he take the best of ingredients in his material, mixes them the spice of his humour, simmers for two hours and ends up serving up a feast of regal proportions for one and all. A recipe for a great night out This cook certainly deserves more than a few Michelin stars to add to his name.

So do yourselves a favour, check out his website  www.jasonlovescomedy.com to see where he is playing near you, then do everything you can to get a ticket. You would be a fool to yourself if you did.

For future dates at The Stand Comedy Club, both in Edinburgh and Glasgow, then check out their website www.thestand.co.uk and hopefully I’ll see you there. 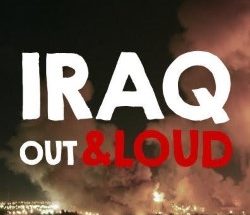