The show started off ominously with an apology for the cast being only 14-17 and went downhill from there. Please, never ever apologise for something only being a ‘youth show’, there is a lot of outstanding work being done out there by youth theatres much of which puts adults to shame.

Despite having mics (at their eyes!) the singing was weak and diction mumbly. Tuning was often cringy. This is a high rock score and often the actors tried to sing down the octave which was then too low. The dialogue too was quiet (were the mics switched off?) and mumbly and too fast with little acting – despite actually knowing the show quite well I was confused as to who was who and what was happening; the storytelling was very poor.

A lot of the direction was set on the floor and unless you were down the front you missed it, the choreography was at times bizarre and not appropriate to the style of the piece (the whole opening museum scene for example) and the music, although nice to have it played live, was often too fast and basic.

There also seemed to be a pair of huge underpants hanging mid-stage during the whole show?!?

I hate writing poor reviews and prefer to be constructive but I’m seriously struggling to be positive about this production in any way and that’s such a shame as previous Spotlites productions have been very good.

The Secrets Hidden in the Beatles RockBand 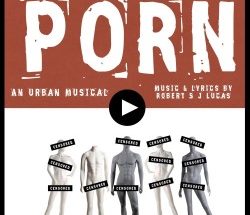