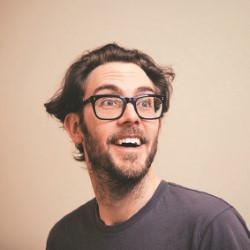 I really enjoyed this show, despite the fact I have a carol stuck in my head now. The show’s a little bit bonkers and lots of nonsense, but also really warm and friendly in the chaos. Fogg (as he referred to himself) bounds up and down the room with joyful enthusiasm, flapping his clipboard and keeping the whole thing daundering forward. Because he has legs, no-one is safe /everyone gets a high five as he bounces around.

This show has a script (on the clipboard) which Fogg insists he hasn’t learned, so the show is, indeed, shambolic, as it meanders from one place and subject to another with audience harassment and haranguing in between. But his delivery is so confident and fluent that either he’s really good at making things up on the spot, or even better at pretending he has no clue where the show is going.

There are rules to comedy, and I do think you need to know what they are before you go all avant-garde and break them. There may be roughly four proper ‘jokes’ in the show, but they were enough to make me believe Ben’s claim that he’s like Picasso: he can draw a proper face, but prefers the nose over there. 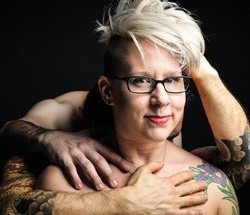 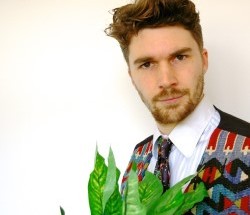 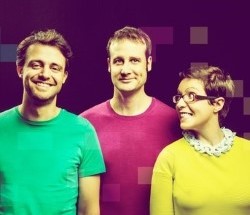