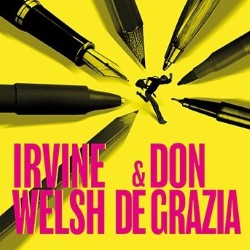 Creatives is probably one of the most contrived pieces of musical theatre I’ve seen. Set in some sort of college song-writing class, they have been given the task to write a new song themselves but to actually perform one of their classmate’s in a class competition. This will then be judged by a former student-turned-famous-‘star’ to give feedback to the anonymous writer and performer. So there are a few big ensemble numbers and then a solo each in the competition. All pretty standard stuff.

On the plus side, the songs are actually very good pieces and they are sung well by a very talented group of actor-musicians who accompany each other through the songs. Even though the actors mostly seem way too old for their characters, the singing is excellent, powerful and often impressive and slightly makes up for the odd casting choices.

However the writing is appalling. The dialogue is often cringy and the story trite. The characters are very obvious random stereotypes and you have the inappropriate relationship, racism and political angles, the token ‘dumb blonde’, the goth etc. Surely such a disparate group would never appear together? Then when the suddenly dramatic final sequence started there was uncontrolled laughter from the audience, not because it was funny but just because it was so unbelievable and a bad cliche of what could have been a genuine point of tension and fear.

It’s not an opera, it’s not that funny, it needs a rewrite but the songs are great. I’d buy the album. 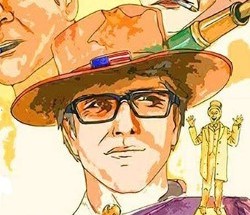