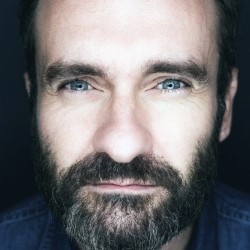 Gordon Southern is a comic I have a load of time for and always make a point of attending his show each Fringe ‘cause you are always guaranteed a solid hour of well-crafted material, peppered with laughs from a cheery chap.
And such is the case again this year. The only thing that detracted slightly was his rather small crowd that were a quieter one than normal, but certainly the people by me were having a good time, just not very loud with their laughing.
Being the pro he is Sothern didn’t let this phase him. Far from it. The show was delivered with the usual style we have come to expect, had plenty of jokes that deserved way more than they got. Southern is a bit of a snowbird, spending half the year in the UK and half in Australia dispensing with winter seasons, how I envy that, although it possibly has not done his career many favours at ‘home’ but hey, he is one of the faces of advertising campaign so all is not lost.
His material covers stories about a couple of therapist he has seen, the advert of course, drinking, youngster’s drug of choice, his ex-wife, new partner and technology. Not so easy to get certain photos done when he was growing up, amongst other topics, so plenty for all.
There were only two things missing. Where was his ‘It’s a fun fact’ trademark sting and a bigger audience. The second is something you should address at once.
****
Reviewed by Geoff
Frankenstein Bier Keller
18.15 to 19.15
Until 27th (not 21st) 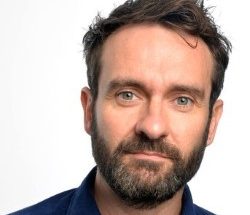