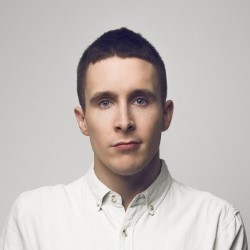 It’s not so long ago that Larry Dean, a young Glasgow born comedian, was playing small rooms but such is the growth of his popularity this year he is almost constantly selling out vast spaces like Assembly Checkpoint.
Dean, Scottish Comedian of the year in 2013, has now a following that is growing exponentially which is down to his innate comedy ability, his cheeky personality and stage presence by the bucket load.
There is no doubt he is in control from the onset, telling his punchline riddled stories, his cheeky callbacks, conjuring up images, perhaps some you may wish to forget, an ability to do accents with unerring accuracy and as always delivers a well-rounded performance.
Dean has had to change his show close to the Fringe due to a breakup of his long distance romance, but as all good comics do, he has turned this into material, yet is not a trace of bitterness about him. This aside we are entertained with his family stories, complete with impersonations, Toy Story, arachnophobia, New Zealand earthquakes, his sexual likes and dislikes, Grindr and an apple!
I am certain Larry will a major player for years to come. He has a star quality about him. Grab your ticket now.
****
Reviewed by Geoff
Assembly Checkpoint
17.00 to 18.00
Until 26th (not 15th)