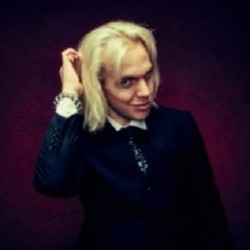 It’s something quite special to be present at a show where a comedian’s audience has discovered them, and decided to all attend the same performance. John Robertson’s audience could probably be described as intelligent, relatively sober, well-informed in their show choice, and wrapped around John’s little finger. They knew exactly why they were in the room, and Mr Robertson (and Dr. Blue) absolutely delivered.

The show is anarchy and mild abuse accompanied by live blues. Dr. Blue plays both music and his allotted role as straight-man wonderfully, allowing John to be scintillating and sparkling at the audience. The show’s a mixture of songs and stand-up (sort of?) with a healthy dose of riffing of the audience, which is really what John does best. The first song was sado-masochism blues, particular people were threatened with beans, and the whole audience was subjected to butter. Which facts probably tell you all you need to know.

Mr Robertson is a master of this style of tightly controlled anarchy, so well crafted that you’re never sure if there is indeed no plan (in which case the show hangs together amazingly well) or if he’s really good at making you believe there isn’t. John can also sing blues surprisingly competently, which was an unexpected bonus. He may not have a voice by the end of the Fringe, though, so go soon! 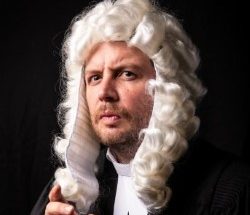 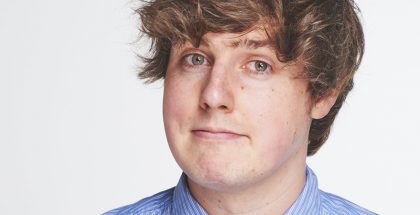