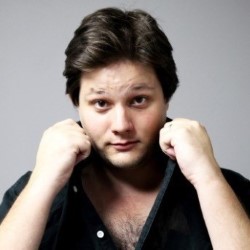 Mr Russell can add bringing a competent, confident performance and a solid set to the Fringe to his list of reasons he’s lucky, though it’s highly likely there’s hard work involved as well. For any Fringe performer, let alone a first-time, this is a great offering of a show.

Sam did his own front of house, directing people to seats and then pondered on to the stage with his pint. He’s friendly and immediately built rapport with the audience both with his introductions about himself and chat with various people. He returned to the audience at a few points through the show to find out people’s experiences of various things (like running marathons), which was a nice touch which kept the audience involved in the story.

Mr Russell considers himself to be a lucky person, and the show explains his reasoning. While he describes his job as saying silly things so people can have a giggle, he does also manage to pull off a fair amount of profundity and seriousness which might have sunk a less secure performer. On the only measure that matters – is it funny? – Sam definitely delivers, but the show also has a heart and passion. 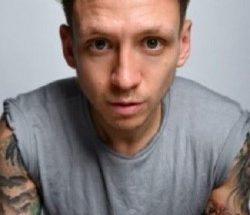 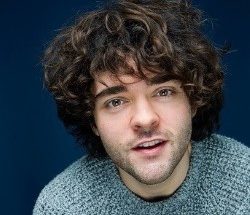