Leicestershire Youth Arts known fondly as YA are celebrating 25 years of performing in the Edinburgh Fringe Festival. One of this years offering’s is the Stephen Sondheim musical ‘Company’, normally performed by seven performers, YA has a cast of twelve. The set appears to be the bar of a nightclub, but changes with minimal furniture rearrangements in to several different places. At the rear of the set are a series of flats on different levels painted like Manhattan skyscrapers giving four different entrance areas. Unfortunately as usual YA simply list the performers in the show not identifying anyone, it is therefore difficult to praise anyone in particular. There were several performances of note, the central character Bobby is rarely off stage and the actor did extremely well with only one or two slight cracks in his voice during one of the more complicated songs. The pianist was also one of the characters and one of the girls played two roles with great panache. YA normally shortens its productions but any cuts in this show are not obvious and they have put on one of the best versions of ‘Company’ I have seen. **** 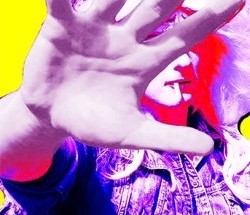