Jim Jeffries  –  The Second Coming
There is certainly one thing that can never be leveled at Manchester based Aussie Jim Jeffries and that he is a pc comedian. Off the top of my head there is no one less pc, but does that hinder his performance? For me and the rest of his very busy first night crowd the answer is a resounding NO. His material is wide and varied and flows almost seamlessly from one topic to another, and nothing and I do mean nothing is taboo, he interacts with the audience and is prepared to go toe to toe with anyone brave enough to take him on, don’t do it you’ll always loose. His material covers such diverse subjects as suicide bombers, religion, Cash in the Attic, his previous jobs and the confusion he caused in a South African Gay Club together with much much more. Jim may not be a ‘safe’ option when it comes to comedy but he is well worth checking out and if you like your humour a little ‘off’ then he certainly could be the man to deliver. **** 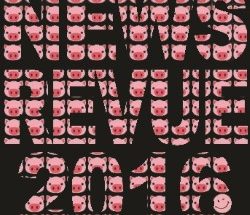