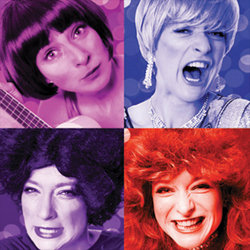 Sarah Louise Young is such a versatile comedy singer and actor that one just can’t help believing she is the ‘person’ she is creating. She has a whole stable of characters on offer, I think seven at the last count, so who was gonna be greeting us this time?

A miniscule change time and then old favourite Bernie St Clair was back. Bernie a musical theatre star of a bygone age and somewhat in the twilight of her career continued to entertain one and all with her style of singing and little gems of links in between too. Her time in the spot light was brief but enjoyable.

The finale the scary personification was the slightly psychotic La Poule Plombee, a French diva with a pomme frit on her shoulder and a knife in her hand. A onetime compatriot of Piaf but now somewhat bitter at the hand life has dealt her, yet sings like an angel, so much so she is forced into an encore.

And there was an added surprise too to finish.

This show is on a limited run so be quick to get your tickets for what could be the last performance for a while. 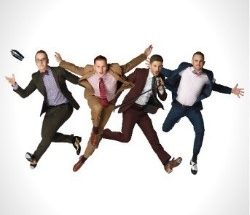 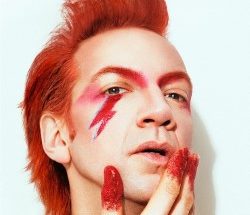 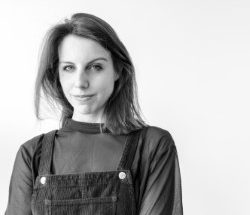