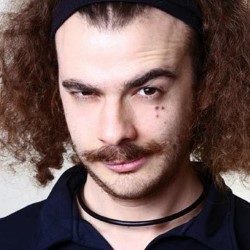 James Ross has huge energy and no indoor voice. He’s also friendly, cuddly (like a teddy with a nice smile) and intelligent. Not snobby-I’m-brighter-than-you nastily intelligent, but has-a-working-brain-and-expects-you-do-too intelligent, and his comedy is accordingly pitched several solid degrees above lowest-common-denominator. This means some of his jokes are quite specialised, and require some background knowledge. That’s not a criticism.

This is decidedly not observational stand-up, and is probably best characterised by the finale in which James answers, with deadly logic and dry common sense, the tropes and rhetorical questions (often) lazily employed by observational stand-ups. It’s brilliantly delivered and very funny, and earned several rounds of applause.

There are a couple of other pot-shots at bad-comedy-tropes, but the rest is a bunch of bits of funny, internally cohesive by dint of their own integrity, and strung together by the force of Mr Ross’ personality. Though a few technical details are revealed (tell a story to endear your audience, followed by a story) this show absolutely lacks the cynicism or cruelty towards audiences which is sometimes present in other shows.

This is a warm and energetic show with high-quality badges (and tea-towels!) on offer at the end.

John Robertson – The Dark Room: Symphony of a Floating Head 5*****