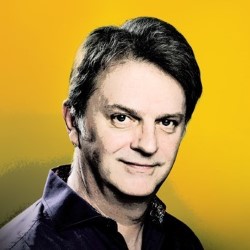 Paul Merton probably best known for ‘Have I got News for You’ on BBC One is always a draw whatever he is doing, The charismatic personality has been doing this show for quite a few years now and each year he surrounds himself with veterans of the impro world namely Richard Vranch, Suki Webster, Lee Simpson and Mike McShane.
The sell-out Pleasance Grand audience are entertained from the off with all the usual games and scenarios that one is accustomed to with this style of comedy, the five troupers performing their hearts out at some of the unlikely scenes they have to perform.
They obviously were enjoying themselves as much as the crowd, the playful sparing and trying to land each other in it added to the enjoyment factor.
Audience suggestions written while waiting in the queue are drawn at random for the famous five to showcase their skills, but shouted out suggestions are also sought during the course of this hour so one feels part of the show, always a good feeling.
This is always going to be a popular show and it is certainly a safe hour of merriment. It is also one that is unique with the format ensuring that one could attend more than once… assuming you could get a ticket that is.
****
Reviewed by Geoff
Pleasance Grand
16.00 to 17.00
Until 21st 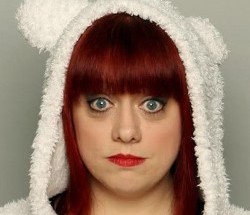