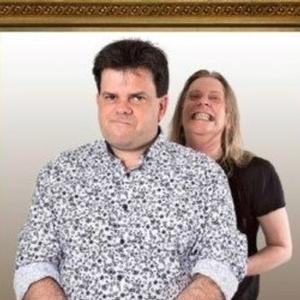 Stu Murphy and his partner in crime Garry Dobson are two of the very best improve comedians around, a fact that is not unknown to anyone who frequents The Stand Comedy Club were they host their weekly show.
The guys have brought this very successful format to the Fringe with a daily hour for them to showcase their abundant tablets for the international audience and it is going down just as well with the visitors too.
Murphy and Dodson warm up the audience, explain the format, and generally take the mickey out of each other before launching into a series of the traditional games that are common to this genre. They however are far funnier from most and their show is peppered with laughs throughout the hour, okay a few groans as well, but that’s part of it isn’t it?
Some shows have an additional guest and it was Aussie John Robertson who filled the role when I saw the performance and he blended in very well too, before dashing off to do his own show.
The beauty about this show is that it is different every day so why not go more than once. And it is a steal given the admission price.
****
Reviewed by Geoff
Stand Comedy Club 1
Until 28th (not 15th)