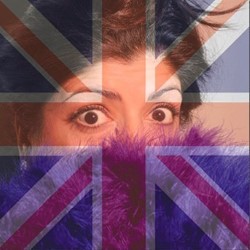 It was back in 2012 that Sajeela Kershi first put together the concept of this show together and has brought it to Edinburgh on several occasions since. The format is fairly simple in that she gathers a few of her friends and acquaintances together for an hour as they relate stories and anecdotes of their lives and experiences, sometimes funny, occasionally shocking, as immigrants to an enthusiastic and eclectic audience.
The show commences with Sajeela warming up the audience setting the scene, regaling the mid-afternoon crowd with a few of her stories, preparing the way for her guests to share their stories. Each of the sections linked by the much respected Ms Kershi ensuring the pace of the show never wavers.
The line-up varies daily, the guests on the show I saw had James Nokise, Mike McKeon and Patrick Monahan doing the honours, but who knows who will be there when you go, and go you should.
Edinburgh at Fringe time is a global village with a multitude of nationalities in the city, both in the audience and on stage and this is an opportunity for one and all to spend an interesting, yet relaxing hour. There are plenty of laughs of course, but the atmosphere generated is somewhat like relaxing with a fine brandy after a sumptuous meal.
****
Reviewed by Geoff
Stand 3
15.00 to 16.00
Until 12th