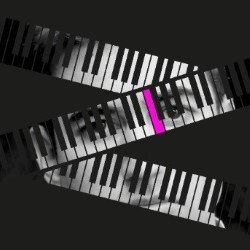 Writer Calum Finlay was inspired to write Piano Play by the true story of a man in Bristol who had a piano delivered to College Green and vowed to keep playing it until the woman he loved heard him and he won back her love. It is performed by the excellent and engaging Ed Zanders, a graduate of the Guildhall School of Music, and features music by composers such as Bach, Rachmaninov and Britney Spears, played live. At the start of the performance, we are told that this is “not a normal play”, which is certainly isn’t, but it’s a thoroughly entertaining hour which passes so quickly that you would swear you hadn’t been sitting there for so long. The play is part music lesson, part life story, part stand up comedy, but mainly uses music as a means of communication. Ed, or Tom, is playing to his special friend, nicknamed Rapunzel, who he thinks might be in the audience to hear him play. When he realises he isn’t, he picks a member of the audience to stand in for Rapunzel, and this leads to a number of hilarious comic exchanges. Overall, I would thoroughly recommend Piano Play, but snap up a ticket quickly, as the venue is small and word will quickly get around. Certainly the audience when I saw it left captivated by Ed’s showmanship and his accomplished piano playing