Lake Tahoe Community College present Lysistrata’s War. Demonstrations against wars are as prevalent today as ever. This show merges Greek tragedy, rock music and modern photographs of atrocities. The Athenians and Spartans are at constant war, and apart from the wasteful killings, life is difficult for all. After a poignant nightmare Lysistrata, an Athenian woman, comes up with a plan to stop the war and bring the men home.  As well as occupying the treasury stopping the flow of cash to the front, she persuades all the women of both nations to withhold all sexual favours to the men.  This causes havoc and turns the ruling body against her.  Will she succeed? Will the women hold out?  Will the men stand for it. The college have cast the show to the performers abilities and  Shannon Dolan as Lysistrata holds the piece together well.  Other performances worth noting are Melanie Zeid as an Athenian woman and Jesssica Howell as a Spartan woman. The show is very interesting, well performed, beautifully costumed and they use the space in a constructive way. *** 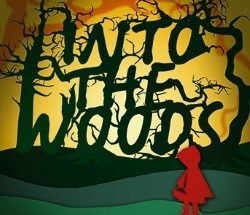