This is a splendid night at the operetta with sustained performances from Anne Diack (soprano), Greig Hill (tenor), Helen Brown (mezzo soprano) and Neil Mudie (bass) The first half is devoted to a selection of songs, some well known and others not so well known. They are drawn from the works of Lehar, Dvorak, and Sullivan naming a few examples. Even the Flanders and Swann’s Madeira song makes an appearance. Following an interval, David McBain joins the four principals as the waiter in a short musical farce set in a Parisian restaurant with the music taken from several Offenbach operas. Two couples having an illicit assignation with the other’s partners meet up. After the discovery of each infidelity, there is an unusual twist to the ending. The emphasis in the show is on food, wine, women and song with a large measure of boisterous humour thrown in. Strictly Songtime’s production is a most enjoyable experience. **** 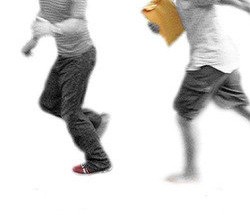