Historically the Royal Scottish Academy of Music and Drama (RSAMD) send absolute top quality students to perform at the Edinburgh Fringe Festival. The two musicals during 2007 Fringe must have one of the very best ensembles I have seen so far, the voices are all individual and superb, the acting talents fabulous and the visual presentations varied enough to be attractive to a vast audience. The ‘Iron Curtain’ was the first of their two musicals I went to see at Augustine’s Sanctuary V152. Set in the 1950’s when the cold war was at its chilliest and Broadway musicals at the hottest. The Ministry of Musical Persuasion in Moscow is struggling to create a musical to glorify the state and promote party ethos. When Krushchev (Evan C. Grosshans) denounces their efforts as trash, Yengenyi Onanov (Allan Gilmour), Sergei Schmearnov (Robbie Townsend) and Hildret Heinz (Vigdis Palsdottir) decide they need to get American talent to write and develop the new show. Meanwhile in America Murray Finkel (Kieran Griffiths) and his writing partner Howard Katz (Josh Canfield) just can’t sell their new musical. Answering an advert in a local paper Finkel and Katz are spirited away behind the Iron Curtain against their will. Shirley Dooley (Tammy Joelle) waitress, inspiring actress in love with Katz, becomes suspicious when he has been missing for a few days, she is able to pick up his trail and sets off to find him and bring him back. Katz and Finkel eventually produce a creditable show but are in danger of being executed. Finkel falls in love with leading actress Masha Petrvna Haylukmikova (Rebecca Faulkenberry) who turns out to be a KGB agent. The final members of the cast are Caley Cheney, Jill Davy, Mairi Weir and Michael Stacey. This musical is great fun to watch with an entertaining storyline and some great music.  The cast are absolutely superb vocally, in looks and in acting talent. These are certainly names to look out for in the future on stage, TV or in Films. **** 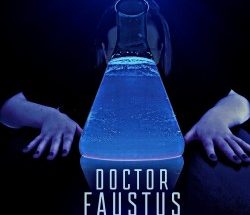 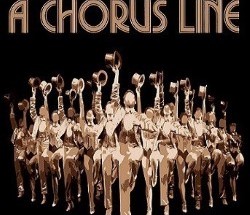