I suppose it was inevitable. There have been musicals made about virtually every subject under the sun, so why not one loosely on this TV reality show? Why not in deed if the product is of the same high quality as this. With a book and lyrics by Andrew Emerson and music by Ian Brandon this Stewart Nicholls directed production has it all. The final five Big Bruvva contestants are in the last day in the gaff, and each has their own peccadillo that makes them unique. Terri, Manal El Feitury, Johnny C, Ben Frreman, Portia, Sophie Ladds, Di, Lyndsay Marsden and Geography, Bobby Windebank  play the roles that at times are frighteningly reminisant of contestants fro the box., But where is the gay one? There’s always a gay one isn’t there? There are musical numbers, solo songs, a ‘Geordie voiceover man’ and even a live text vote to decide the winner and plenty of other surprises along the way. All the cast carry their roles well, can all sing and dance and I’m sure if I heard the soundtrack a couple more times would really like the musical numbers, as it was, on first hearing they were not earth shattering. This was an enjoyable hour and finished all too soon for my liking. **** 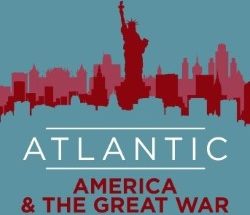