It has been all too long since one time Edinburgh resident larger than life comedian Mitch Benn graced the Fringe in a solo show.

I first came across him as part of a double act with magician Ian Kendall, but Benn has gone on to far bigger things and is now a mainstay of BBC Radio 4 comedy.

His appearance is way different; having recently shed numerous stones in weight, but that has not diminished his phenomenal talent. Benn has been a purveyor of funny songs linked together with funny songs since time immemorial and this hasn’t changed in structure, but the content is obviously different. He gathered the audience up from the start and held them in the palm of his hand, where he kept them through out the gig.

His subject matter of his songs is wide and always funny, his lyrics liberally

coated in satire and the humour never quits.

The highlight of the show? Well I’m not going to give it away, but the teaser is it involves his iphone, Shakespeare and rap music. You just gotta be there!!

Benn is only playing a short Fringe this year so time is tight to get your ticket  so do not delay. 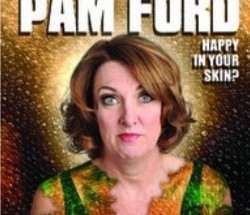