From his initial warm up, Andrew Ryan establishes a good rapport with the audience. He is likeable, confident, in his early thirties and from Cork which he is at pains to point out is different from Dublin.

His show is based around the theme of money and, with a background in banking before stand up, he has the expertise to point fun at financial institutions with some inside knowledge.

Starting from schooldays, he takes the view that we aren’t given enough education on money matters. Having attended a large, Catholic boy’s school as a non-believer, this provides him with the opportunity to give fast and humorous observations into life in such a closed community.

His later more extended routines centre around how to deal with those irritating phone calls from banks about overdrafts, and companies who want to extract money from us on insurance deals.

Throughout his show, I found myself laughing and chuckling away. He is quick witted and has a strong delivery, with plenty of good material. He is a name to watch out for.

Just the Tonic at the Tron: 51 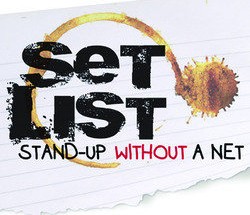