PKD Festival is fast becoming the place to be on a mid-July Saturday. The event has just grown and grown from its humble roots and version 6 was even better than ever. And like last year all the profits raised go to the local Cash for Kids charity.

The extravaganza takes many, many weeks and man hours to put together for the main driving forces behind it Mark Bennett and Stuart Prentice and ably supported by a crew of volunteers and the support of a variety of sponsors the event is not just music, but incorporates the East Coast Bike show, a whole host of stalls selling a wide range of products and an inflatable paradise for the kids too. Everything a family could need for a fun day out. Well some good weather would have helped but even the talents of Mark and Stuart can’t always deliver that unfortunately

With the unfortunate postponement due to course issues the push kart derby had to be cancelled instead this Fife coastal town was treated to a drive by parade of many of the massive Harleys and other stunning bikes certainly the noise was amazing and I am not a biker prior to the commencement of the music at 11.00.

Opening act of the day was Freebird, a recently formed quintet of guys who set the tone for the day. They made full use of their time to treat the growing audience to a series of covers of classic rock tracks. Their sound was clear, the quality of musicianship could not be faulted and for me at least the content was right with versions of Deep Purple, Santana, Steppenwolf finishing off with their eponymous Lynryd Skynyrd number finale. I look forward to seeing them again.

A quick change of gear and the four piece Puzzlers took to the stage and their hard driving rock / punk numbers were also finding favour with the punters. These guys from Central Scotland have a justified reputation for delivering and this can only have been enhanced following this performance. Their all too short set was over way too soon for most.

Another quick turnaround facilitated as usual by members of The Session thrust Steeler to the fore. This Edinburgh based quartet also played a way too short set of rock stuff spreading their net to capture songs by Queen, Stereophonics and even Small Faces to name just three. A quality performance throughout their ‘20’ and I am definitely not alone in wishing there was much more time available for them to play.

Forever Young followed. This four man AC/DC tribute act have turned it on in previous PKDs and went down just as well this time too. Hard driving classics poured form the speakers giving a faithful reproduction of the numbers and even to the ‘schoolboy’ outfit along the way. It seemed they were just started when it was all over at least for this year.

A change of pace followed with Shameless making yet another return visit to the PKD stage. The four piece band of bass, violin, box drum and guitar and vocal have thrilled successive crowds with their eclectic mix of folk, blues, jazz and their own material even going to performing a sea shanty to boot. I like the sound they produce and their entertainment value is amazing. More next time please!!

Local duo Clark and Boj teamed up with singer Amii Stewart to do their acoustic covers of wide-ranging material. The two guys do a load of work and their rep is well deserved. The additional vocal talents provide by Ms Stewart enhanced the experience and the collective results were most favourable. Like those before I would have enjoyed more numbers had time permitted.

With the late withdrawal of Fire in Effect it gave a chance for solo singer Jamie Adamson to showcase his talents and boy did he take it. Although like others he had a short set I for one was blown away with the quality and versatility of his voice. Fleetwood Macs Dreams, Eagles Take it Easy showed one style yet the cover of Chris Isaak’s Wicked Game was in a class of its own. Certainly a young lad with a huge future ahead of him.

Perennial favourite Tam Scott was next treating one and all to his ‘Neil Diamond’ repertoire. Scott has the voice down a treat and his choice of some of the classic Diamond numbers gave him a chance to shine. He got the crowd singing along waving flags and thoroughly enjoying themselves in spite of the inclement weather.

Continuing the diversity of music on offer the next band to the stage were Baby Isaac a quintet of musicians giving a selection of good ole blues and jazz numbers. Their set was a master class of their genre, good musicianship, strong vocals and bags of style. I am not a huge fan of this type of music but certainly can appreciate it was a classy and was well received set.

River Runs Red were up next and as in previous times I have seen them grabbed their chance to impress in both hands and squeezed it dry. Playing a set packed with great covers they ripped it up. It was a thoroughly entertaining and professional performance and yet another who could have played much longer for me.

Yet another change of style followed with ‘Sir’ David Mutch taking proceedings down a gentler more cabaret and occasionally swing style of route, performing numbers by Matt Munro, Tony Christie and Tom Jones. Mutch has a fine voice and great stage presence and was well received by the ever growing audience.

As well as providing much of the technical skills in this event The Session are a quality rock covers band and it was their turn to strut their musical stuff on stage next. These seasoned musicians are guaranteed to deliver and this was certainly no exception. A wide variety of styles T.Rex. Steve Miller, Nazareth, Queen, Stevie Wonder and the Who numbers all got an airing in their slightly longer set. They have quite a local following and it is easy to see why.

With the time moving on and the much heralded anticipation of the headliners not so far away Radio Forth One’s Mark Martin who had been popping on stage to talk to some of the bands introduced Blue Delta, a covers band with an amazingly wide repertoire of styles. Fronted by organiser Mark Bennett and his wife Lynsay guitarist Ian Craig, bassman Greig Connelly and drummer Jay Moir as always took hold of the gig by the scruff of the neck and raised the energy in the arena to fever pitch. The quality of music ranging from Guns’n’Roses, through Amy MacDonald, Stereophonics, even Elvis, Kim Wilde setting up their piece de resistance ‘The Queen Melody’. As always the natural comic in Bennett added to proceedings and an ideal way to get the place buzzing

Headliners Big Country of course were originally formed just up the road from Dalgety Bay in Dunfermline so it was a local gig for these international stars and a coupe of some magnitude for them to be playing here. Original members Bruce Watson and drummer Mark Brzezicki are today augmented by Jamie Watson, guitar, Derek Forbes bass, and Simon Hough on guitar and lead vocals. Bruce Watson did most of the chat with the many hundreds of devoted fans and the full hour they played was packed to the gunwales with their back catalogue of classic numbers together with a newer one or two there as well. It was some 10 hours after the gig started that the final notes were heard and in spite of the less than ideal weather 14 bands had given their all, many audience members had lasted the course and many thousands of pounds had (hopefully) been raised for this very worthwhile charity.

A huge vote of thanks should be given to Mark Bennett and Stuart Prentice together with the organising committee for putting this all together and I understand that next year’s event will be even bigger and better. I wonder if this is actually possible but look forward to it all ready!! 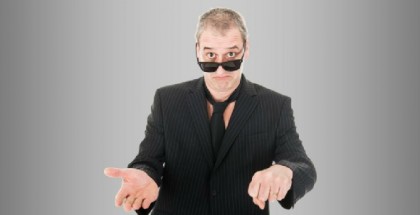 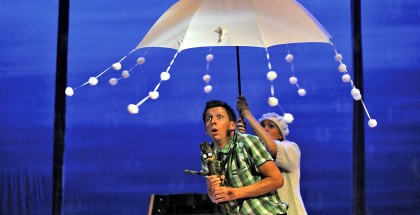