Dan Nicholas: Reverb (The Love Story of Terrance the Crocodile and Julia the Mannequin) 2** - One4Review 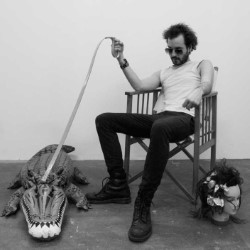 I saw this show as one half of an audience of two, and at one point, two volunteers were required on stage. I feel that it’s not possible to give a fair review because comedy that’s designed to be delivered in front of an audience needs an audience, otherwise the results aren’t accurate. Audiences make an enormous difference to a performance, and not just by their presence or absence.
Despite that, I have been in shows with tiny, tiny audiences which were exquisite. This one wasn’t. Billed as (mostly) comedy (sub-genres: theatre, absurdist), I didn’t laugh much, though most of the comedy comes from the absurdist premise of a love story between an inflatable crocodile and a mannequin head and the development thereof, rather than from pure set-up/punchline-style ‘jokes’. Perhaps the reflective atmosphere of a bigger audience would have drawn out more funny: one person giggles and then other people realise it’s funny too.
The story is told in reverse. If you grasp the start and the end, the bits in the middle are less important except as a general impression of the decline of the relationship. Dan narrates the story and plays a couple of supporting characters who are lovely in their own small skits. The opening scene (post-show interview with the main characters) was promising, but with such a small audience, the energy couldn’t be sustained to the end.

John Robertson – The Dark Room: Symphony of a Floating Head 5***** 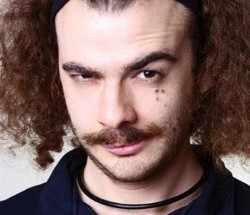 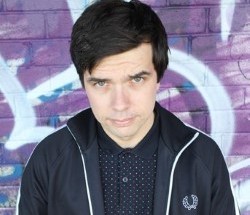 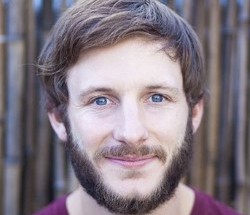