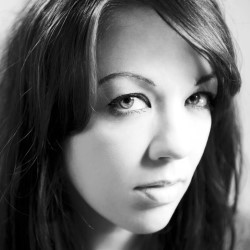 Set in an underground bunker of a venue Danielle Ward entertains a diverse and packed house with her advice as a mid-thirties woman to seventeen year old girls on the threshold of womanhood.
This counsel is delivered by song, musings from when she was seventeen and from her today, all aspects of the show delivered in a polished, very professional performance one has come to expect from this performer.
Back in 1996 when she was this age the Spice Girls invented Girl Power , TGI opened in the UK Ms Ward reads from her diary her growing up, pleasuring herself, writing to celebrities even sending them personal things. She also talks of red toilet paper, chocolate oranges, politicians among plenty of other topics.
She muses about the difficulty of getting on the property ladder, issues with private renting and the perils of house rentals and searching Craigslist website, but the story is not all doom and gloom.
Danielle’s show would probably fit better in a later slot than the mid-afternoon one it is in, but that does not detract from it in anyway. This is a show definitely well worth catching even if I am far from the target audience.
****
Reviewed by Geoff
Just the Tonic Just out of the Box
14.40 to 15.40
Until 28th 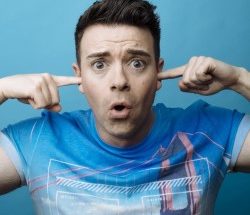 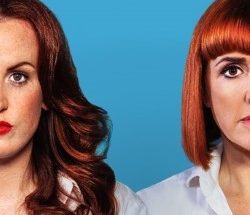