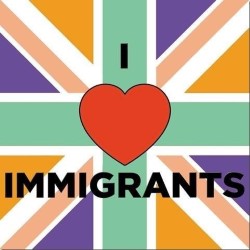 A lot of Fringe show titles leave you guessing as to what they are about. Not Immigrant Diaries, it certainly lives up to what it says on the tin. It is an hour spent with a selection of performers from across the Fringe relating some episodes of their life to an enthusiastic audience. The one thing in common is that one way or another they are all immigrants. But then if you go back far enough aren’t we all?
This show has been critically acclaimed prior to being brought to Edinburgh and it is easy to understand why. Sajeela Kershi who has been a stalwart on the comedy scene for a while now is masterminding the production and she also sets the ball rolling explaining the format, and limbering up the chuckle muscles with a story or two of her own.
What follows is a selection of guests, the show I saw had Sindu Vee, Shazia Mirza and Paul Sinha, the line-up changes daily, who relate their own selected anecdotes to keeping the concept going, their sections being linked by Ms Kershi with more tales to tell.
This is an interesting, yet relaxing hour. There is plenty of laughs of course, but the atmosphere generated is somewhat like relaxing with a fine brandy after an enjoyable meal.
****
Reviewed by Geoff
Stand 3
15.00 to 16.00
Until 13th