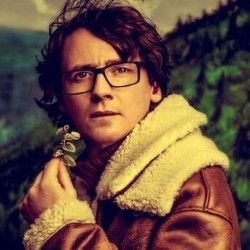 It was 1998 that a first saw Ed Byrne perform in Edinburgh. It was his nominated show A Night at the Opera and I, along with others were blown away by the ease that he drew laughs and told his story.
Some twenty one years later, the room is bigger, Byrne’s appearance has changed somewhat, but what hasn’t diminished or dated is his natural raconteur skills his wicked sense of humour and a charismatic stage presence that flows from the stage and engulfs the massive room, as always packed to the rafters with his fans.
Ed, now a family man with two young kids, and a chunk of the material is centred on them and his wife, but then why not? It takes up a large part of his life, and given his fertile comedy brain, he can find loads of laugh out loud material, hereditary traits, movies, ballet classes, air travel, the importance of wife having a friend with a useless husband, all rank high on his agenda. A lot of this is told in the self-deprecating way that yields further laughs yet endears him even more.
Although he is a regular on TV his sons question if he is famous enough! I don’t know about them but to be selling out every night it seems it seems plenty of people want to see him live and no one could leave feeling short changed. He certainly is doing alright.
Byrne is definitely a comic you can rely on, a safe pair of hands so if you can get a ticket still do it now.
4.5 ****
Reviewed by Geoff
Assembly Rooms George Street
21.00 to 22.00
Until 25th