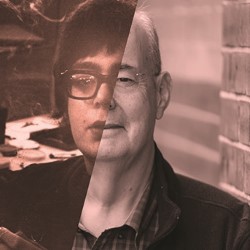 The stage is set like an office, complete with desk, filing cabinet and piles of cardboard boxes. David Edgar is wandering around and begins slowly by introducing us to the stage manager, who is sitting at the desk looking totally disinterested. He discusses how plays do and should open, and begins to set the scene by asking the audience for various shows of hands. The question of who voted for Brexit raised more eyebrows than hands, when only two admitted to voting in favour; this begins to get us thinking about the representative nature of theatre audiences, paying customers for Edgar’s work after all. The play is about the 1968 generation and whether individuals become less politically engaged in later life. The seeds for 1968 were sown in Paris and the USA, the latter described as a county that moved effortlessly from barbarism to decadence, with no civilisation in between. In discussing what has happened to the revolutionary generation, Edgar interviews his younger self, as well as various firebrands who played a role in the left-wing agenda in the UK, to ask “if I was on the right side of history”. I found the performance wonderfully understated and self-deprecating, mainly delivered in reflexive lecture style but also making use of a number of on-stage props. There was a clever and surprising twist towards the end and overall this was a thoroughly enjoyable 80 mins of theatre that I would certainly recommend, even to those not looking to change the world!

I Believe in Unicorns by Michael Morpurgo 4**** 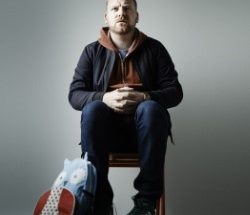