In this day and age internet dating is very much an integrated part of the dating game Rosalind Adler has created this play containing three diverse female characters who at least have a more than passing interest in the process.

The characters are Mags, a wife and mother who is somewhat put upon, Lucinda, a vamp who eats toyboys for breakfast every day and Sarah, who has been a carer for many years and is looking for more in her life.

Each character is developed over series of short scenes interspersed with a series of recorded messages left by men on dating services, and Ms Alder flits from one character to the others with consummate ease.

While this is certainly a well written and performed play, I felt it was slanted somewhat cynically. It felt perhaps that some of the characters both, female or recorded male were desperately flawed, which is not necessarily normal for the average user of such sites.

A Day in November

In The Pink: Fabulous All-Female A Capella 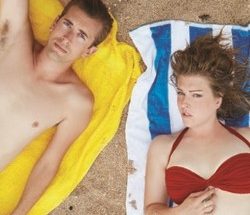