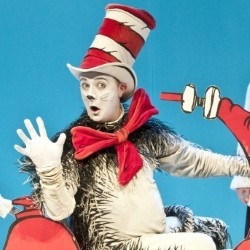 The show began with some confusing chaos even before the arrival of the title character, but nonetheless, once they started speaking – using Dr Seuss’s original words – it was very clear where in the story we were.

Of course, from the moment the Cat arrives, the on stage children are swept up in a whirlwind of tempting ways to pass the time while their mother is gone. The children in the audience particularly loved the balancing scene, and I heard plenty of gasps and giggles.

Thing One and Thing Two appear bringing even more crazy energy, bouncing around the stage, doing silly things, and eventually heading out into the audience, while giant beach balls and thrown around, and the Things drench their young fans with water pistols – utter chaos, but in the best way possible.

The text was all there, the Fish suitably stern when necessary, and the children wide-eyed and innocent looking. If you saw the Pleasance show of the same name in 2014, there will be no surprises here… but your children will still love every moment.

Iraq Out & Loud: Reading the Chilcot Report in Full 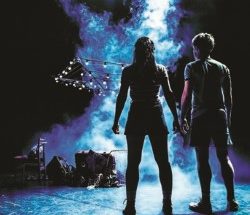 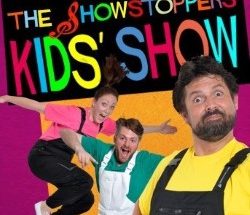 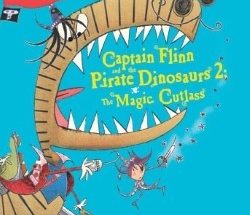