The Quest For Excalibur
Theatre Alba

The Quest for Excalibur is a promenade show for children performed in Scots in the glorious setting of Duddingston gardens at the foot of Arthur’s Seat.

The premise of the tale is that Excalibur, the mighty sword of King Arthur has been taken by Morgana and that the audience must help Merlin to recover it by collecting seven magical objects from various creatures throughout the gardens.

The children help to obtain the objects through a variety of means : singing, shouting, dancing, even joke telling and the high level of participation ensures that even children too young to follow the premise are kept involved and entertained. The adults can join in too and the use of the Scots dialect meant that there was some delighted faces as we were reminded of well kent but largely forgotten words and phrases.

Tumshie, King Arthur’s jester kept everyone moving and singing throughout, however the singalong songs were not sufficiently memorable and the decision to make the marching song include the action ‘ touch your toes’ whilst clambering up gravel paths does not seem particularly well thought through. Rachel Graham, as the faery queen, has an impressive voice and it would have been good to have heard more of it. The entire cast have great charm, vitality and commitment to the world that is being created as was evidenced towards the end, when the audience had been drawn in sufficiently to be completely accepting of a conversation with a stuffed cuddly toy tied to a tree with a ribbon.

The production flagged at the end – it could do with finding a final surge of energy with which to send everyone on their way. The long exposition of what had happened out of sight of the audience was well beyond the younger children. However, it is very early in the run and the production will doubtlessly iron out such wrinkles.

My children tell me it is not as good as last year’s excellent Baba Yaga but it’s still a very charming way of spending a sunny afternoon at the Fringe. 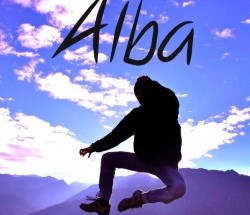