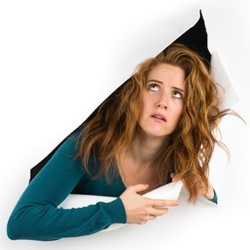 If there is a more accomplished comedic storyteller at the Fringe this year then I have yet to see them.
As she has done of a multitude of years now Ms Kendall weaves jokes and laughs into her one story and it is always a tale she brings to life, the use of language and description, making the characters and locations feel tangible.
As in the last couple of epics, Sarah sets the tale in Newcastle, her home town in Australia whilst being an awkward teenager at school. Those who have paid attention to her previous shows will recall cameo appearances by some of the major players back then but this is not necessary to get the full enjoyment of her tale.
It’s the story of how a little lie can grow arms and legs. A thirteen year old Sarah tells a lie to explain her dishevelled arrival at school, and like a snowball running down a hill this just gets bigger and more dangerous.
The capacity crowd I attended with were hanging on her every word, laughing out loud at times, gasping at others, and were we really there for an hour? It seemed she had barely started when the finale finished.
Sarah Kendall is a master of her art and a very popular ticket, so don’t delay or you will be the one to miss out.
*****
Reviewed by Geoff
Assembly Studio 5
18.45 to 19.45
Until 28th