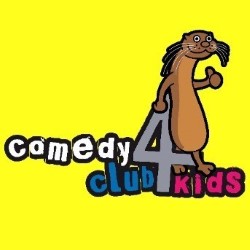 Comedy Club 4 Kids is a staple of a comedy loving parent’s fringe. OK, so the acts talk more about farts and poo than at most (but certainly not all) fringe stand-up shows, but you do get to see actual stand-up, which can make a welcome change.

Sometimes this is stand-ups doing a family friendly set they’re used to, sometimes they’re adapting something, sometimes newly written and less honed, and sometimes you watch comedians suddenly remember that their punchline relies on a swear word, just before they get there. It’s always entertaining one way or another.

The line up varies daily, but I was introduced to an act I’d never seen before in the form of Butt Kaplinski, detective. The usual show is for adults, and I’m hoping to catch it, as this glimpse made for fascinating fun.

The compere, Matt Highton was clearly confident in the target level for his audience, and kept the children giggling. Jack Barry did a short set that worked well, though is material I’d heard before.

However, the reason this show gets a star better than I gave it last year, is one man: Stuart Goldsmith. I couldn’t make my usual notes for laughing so hard to his routine about saying “No” to strangers. I genuinely laughed until I cried. A hilarious finale for a fun hour’s family friendly stand up.