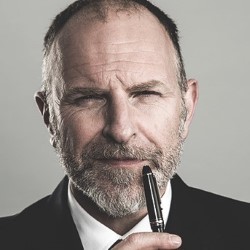 Simon Evans is, this year, attempting to evoke genius. He feels it might be needed in the world right about now. He discusses a little of what that could look like, and ends up borrowing an audience member’s glasses, briefly, that make him look the spitting image of Jeremy Corbyn.

When he started talking about his age, especially the old stereotype of forgetting what you went upstairs for by the time you get there, it looked a little trite, but he expands it, adds extra colour, and turns that into a whole detailed bit that works well.

Finally, he suggests a radical solution to all the political problems in the world today – but I wont spoil it, go see the show yourself.