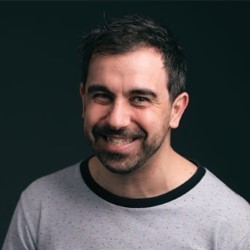 Having seen Yianni Asigilaou a couple of times in recent years I was fully prepared that this Australian comic of Greek heritage would deliver a well thought out, highly entertaining and funny show and once again I was not disappointed. What I ended up was also slightly worried.
Not worried about the entertainment but what I learned about how technology and artificial intelligence is well on the way to being in control, be it via our phones tablets or in fact loads of other devices and appliances.

Assisted by VT and images Yianni leads us through developments and algorithms from the humble Commodore 64 through to iPhones and glimpses into the future even having to prove to machines created by humans that the user is actually a human too. In fact there may come a time when there will be few or no jobs available.

One doesn’t have to be a geek to enjoy, if that is the word, this show, there is plenty of funnies along the way and he has a very pleasing stage presence.

This is certainly a show to make you think long and hard. It no longer seems that the lunatics are taking over the asylum, but maybe A.I. is.

Thea-Skot Through the Heart and You’re to Blame 5***** 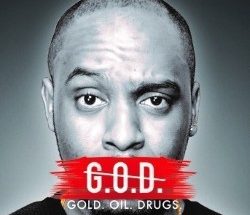