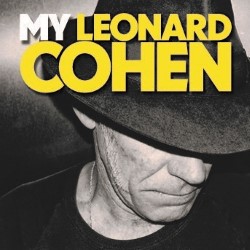 I know the show is entitled My Leonard Cohen and is not a tribute act but for me it was a little too much Stewart D’Arrietta and his band, albeit a very tight and professional one, but it sounded a lot like Joe Cocker sings Leonard Cohen, even some had rather strange arrangements that, for me at least, detracted from the originals.
That said D’Arrietta does have an excellent voice and what he did he did well, his interlinking of the songs with a whole raft of facts about the legend of a singer, songwriter, poet, painter author, was informative and was rewarded with generous applause from his capacity crowd, most of which were a certain age.
Versions of many of the classic Cohen numbers were included Suzanne, The Tower of Song, Famous Blue Raincoat, Bird on a Wire, Dance me to the End of Love, So Long Marianne, Everybody Knows and Chelsea Hotel #2 were amongst of those given an airing. With Stewart himself on vocal and keyboards, backed by guitar, bass, drums, piano accordian and with a backing vocalist as well the sound was rich
This show is extremely popular and some extra dates have been added so you’d better be quick if you want to see an alternative take on a legends songbook
****
Reviewed by Geoff
Assembly Rainy Hall
18.15 to 19.30
Until 28th (not18th)