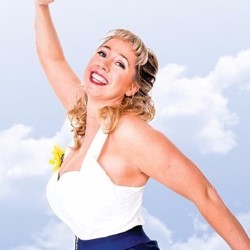 I suppose some people might come to see Tiff Stevenson because she has been on the telly in the likes of ‘Mock The Week’ and ‘8 Out of 10 Cats’ and so on and as good as she is on those the Tiff that performs on stage is a completely different animal,
From the entry music until the end 70’s disco this self-identifying 10 delivers a well written hour of material on feminism, politics from both sides of the pond and the fact that 2017 is maybe worse already than 2016, but this is always punctuated with a barrel load of laughs.
Ms Stevenson expounds on the gender differences, the way marketing products are different from one sex to the other, the atrocities of Grenfell Tower and the way the media handled the TV coverage and of course London Bridge.
Mixed in with this is some delightfully funny stuff too, putting on make-up on the New York subway, a no-no apparently, Melania and Ivanka, the changes in her shopping habits as she matures and how Theresa May has almost put her off her favourite material seem possibly more light than other topics but she has always managed to draw them into the main themes with the craft of the master she is.
I have seen her numerous times over the years, but in my opinion this is her best hour by far.
*****
Reviewed by Geoff
Gilded Balloon Sportsmans
17.30 to 18.30
Until 27th 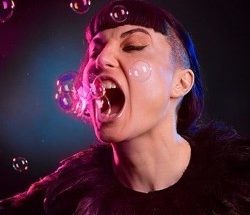 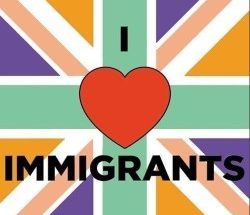 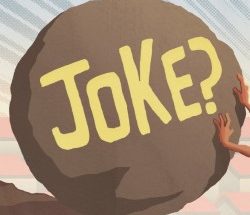