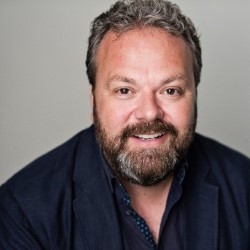 Hal Cruttenden is absolutely hilarious! For his entrance he does a really rather competent dance interpretation of “Let It Go”! Camp? Oh yes!

By his own admission, he is a curious cross between Mr Tumble and Martin Roberts from Homes Under the Hammer! He looks like a jolly comedian and that is indeed what he is.

This is a very entertaining and very funny hour of Hal’s observations from politics; Trump, Brexit, Farage, Boris, through to living in London and religion. His opinions and observations are razor sharp and instantly relatable. He manages to never offend, even when tackling the tricky topic of Northern Ireland and the I.R.A.

We learn that Hal has two teenage daughters, who in fact came up with the title of his show “Chubster”, which did not entirely go down well with Dad. Hal’s wife is from Northern Ireland and grew up in the midst of the political turmoil. She is made of far sterner stuff than her husband who grew up in a middle class west London suburb.

Hal, by his own admission, is obsessed by death. He spends a lot of time thinking about and imagining the death bed scene, the funeral, hoping it will be well attended and praying that he doesn’t die on a day when a really big celebrity dies. You know that Farrah Fawcett died on the same day as Michael Jackson? It was a tragedy. She was completely overlooked. Barely a mention.

This show is hilarious from beginning to end and Hal is a brilliant comedian and very likeable character. Not to be missed. 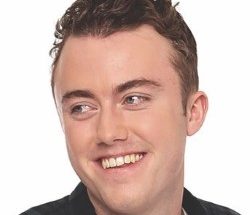 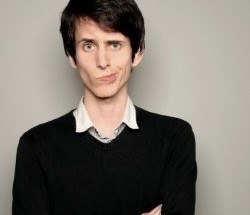